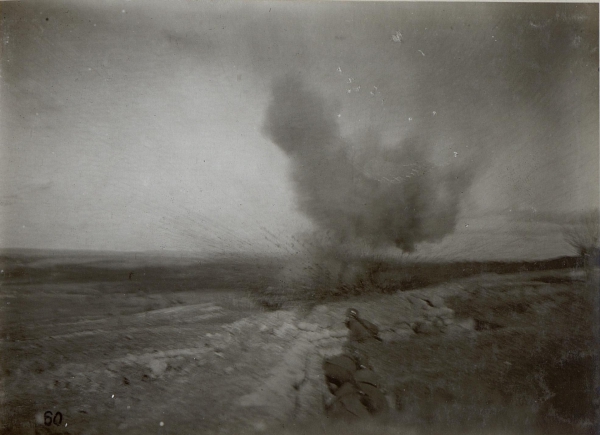 We need the truth

»When they do bits on the war I flick to something else cos I Don’t wanna know but they don’t do the war much cos it’ all the same really, isn’t it. Once one kid’s been blown up then what’s there to say? It’s just body bags and that’s just boring really.«

The above quote is from Shoot/Get Treasure/Repeat, a play, which is an epic cycle of 16 short plays written by Mark Ravenhill in 2007. The main theme of the games is the battle against terrorism and the people who have lost their ability to reason, who are made impotent, helpless, insensitive, indifferent. Shoot/Get Treasure/Repeat was staged in Turkey. I am one of those who had the chance to watch these short plays. Each one is written and staged impressively. I say luck because this staging was only way to experience games of this kind. I still remember it vividly. The feeling it created is still as present to me as it was on the day I saw it.

But whatever Mrs. Morrison does, the soldiers finally pass on news of the death of her son. The soldiers who delivered the news leave Mrs. Morrison at home. She turns on the television and, in desperation, tells us details about some of the famous people she knows from television and the TV shows she like. She really don’t want to start mourning her son and TV is her tool for resistance. Among these empty details, the paragraph you read at the top appears and disappears like a sudden light. Then Mrs. Morrison starts right back up, giving information about the TV programs she’s following.

Is there really a sentence to say after a person is killed? Or which sentence can no longer relieve the pain of a life that is not with us? After every terrorist attack we have experienced, so many unfounded, superficial and similar sentiments from different sections of society are being repeated that we cannot hear the real victims of the incident. As Mrs. Morrison turns on the television’s voice and escapes from the war and the death of her son through nonsense sentences filled with pessimists, we are lost in the chatter where we add our own voices. However, putting the most obvious events alone in succession is enough to understand the catastrophe that befalls our inner eye.

»New Year’s Eve killed 39 people, one or the other, who entered one of Istanbul’s biggest entertainment venues.«

Some who emerged after each massacre are shouting their own ideas, such as mobile sellers and marketers. This idea is terrible because of the merchants and the shakiness remains in the shadow. It even makes the victims of the incident and their testimony invisible. The voices that are said by the witnesses and that we should think about for days are disappearing.

Reina’s eyewitness, Akın Selçuk, said, »It took a few minutes and then the sirens came in. A few people came in, they said they were police, they said, »Survivors should raise their hand.« We did not trust it and it came to my mind that this might be a game to kill the survivors.«

This useless cluster of ideas does not just shrink our minds regarding the truth of the fact, but it also prevents us from recognizing and understanding the pain of living. The blatant presentation of the ideas of pain pushes us to the edge to grieve instead of being shared in silence in the pain of the pain stricken owner.

What are we hearing? What do we see?

Primitive aggression, endless chattering of all those who assign a single opinion to their conscience, not just the mind, creates all kinds of emotions, including pain. With a sense of restraint that does not leave a place on the water, it makes you feel confident, drawing walls in front of listening, hearing and understanding. If we can live our pain and our grief, it will be possible to approach truth. If we talk about the facts that do not leave room for discussion, it will come out like ice in the making of those who are great at breaking down of facts. If we listen to the voices of pain’s direct supporters and make those voices visible, we will be able to reveal the facts more clearly.

We must create areas where we are not involved in denial or allegiance. As long as we cannot create these areas, we will head towards the loss of a real truth, especially our ability to judge, in the dust smoke created by the crude pseudoscience. But right now we just need realities more than anything else.